A selection of artworks to be featured in his collection. 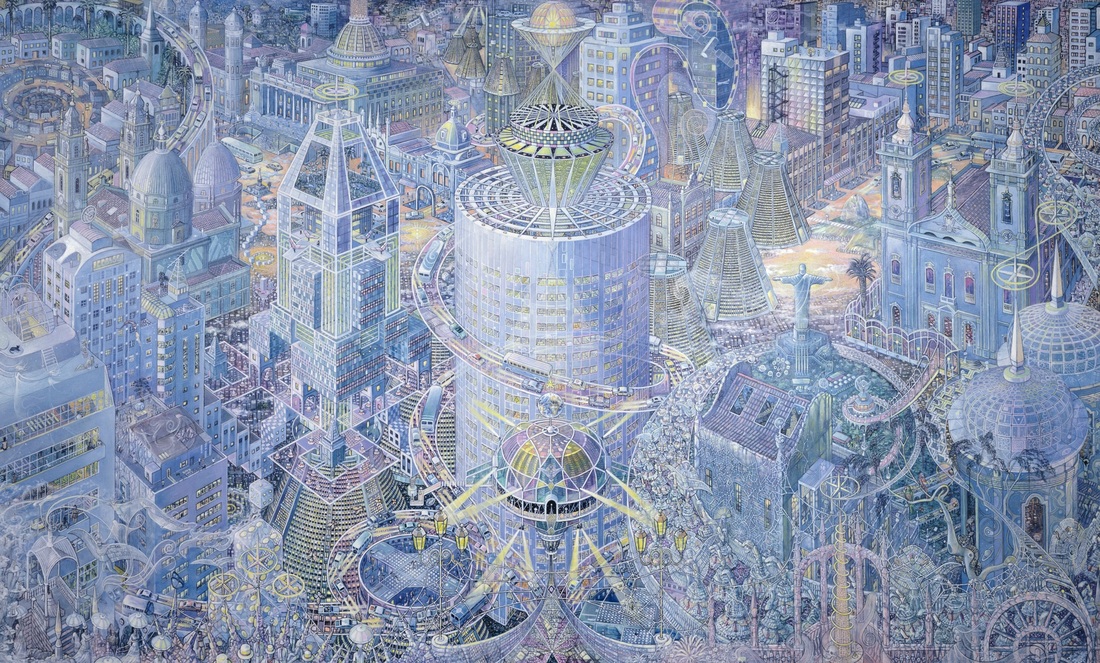 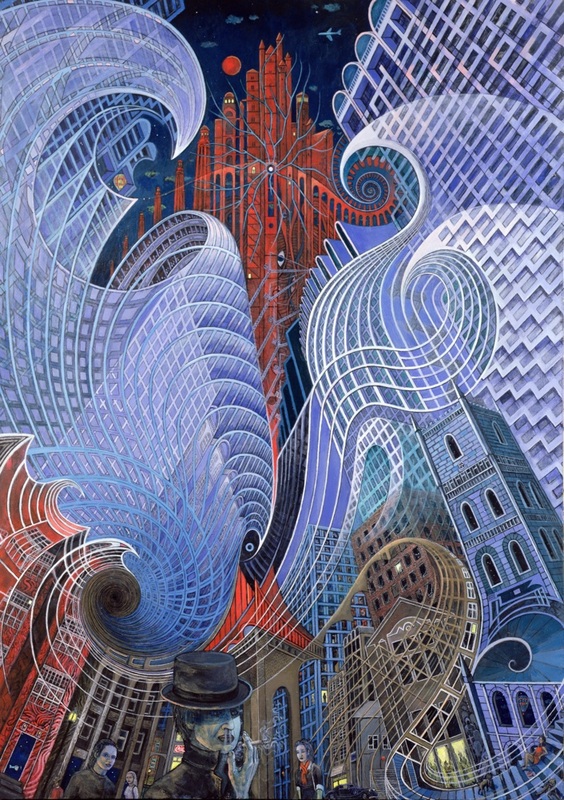 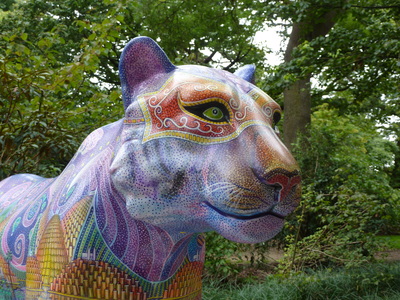 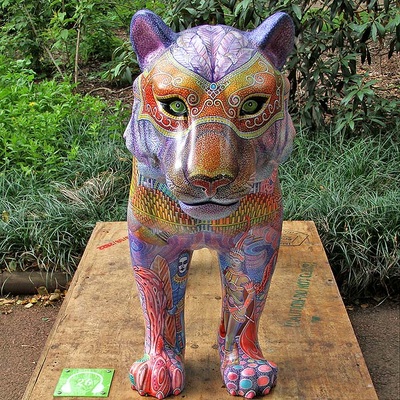 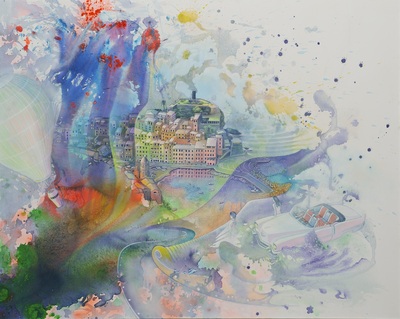 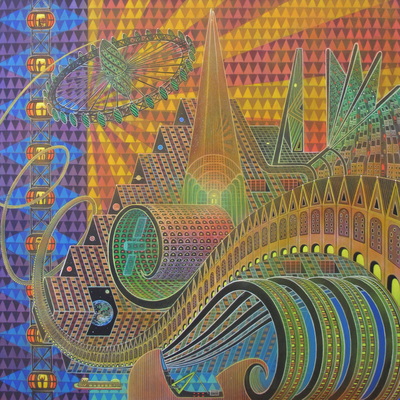 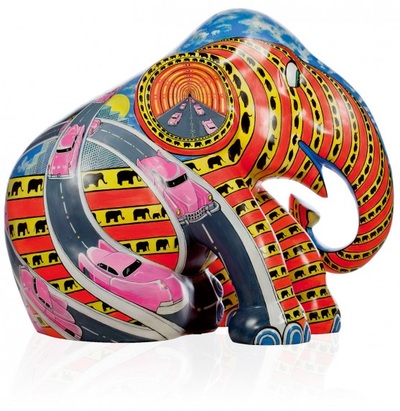 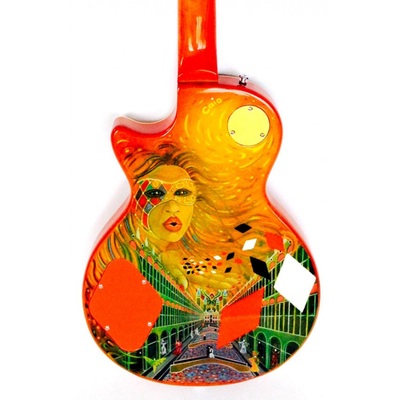 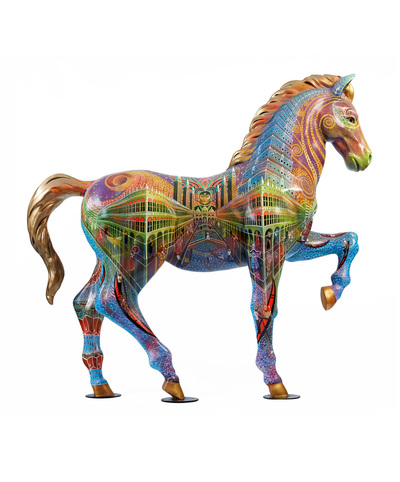 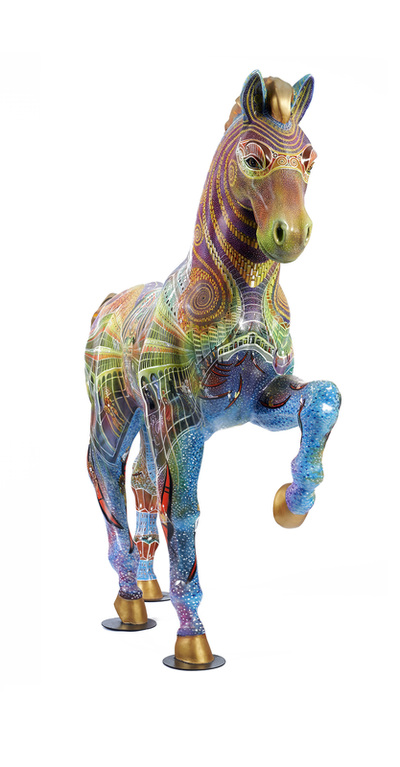 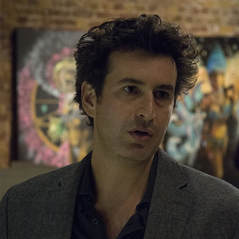 A background in etching has been formative in the development of my painting style, and childhood memories between London and Rio provided much of the early inspiration. Although I qualified as a lawyer in 2006, I had felt increasingly that painting was my true calling. After what was intended to be a year to explore the ideas I had not had time to express, painting and design has been my full-time occupation since 2007.

Working mostly in acrylic and oils, my painting process relies upon the imagination, requiring the combination of mathematical precision with abstract thought. Within the parameters of both, I find immense scope through colour and form to express my subjective response to this meeting of external and interior worlds. In this sense, the process has become a meditation, visionary in its merging of the spiritual and intellectual.

The results are compelling mindscapes that explore the notion of the city as a physical manifestation of collective human nature and consciousness, as distinct from pre-existing natural forms, but in certain ways echoing them. Avoiding depiction of the human condition in the context of pain, suffering, tragicomedy or dysfunction, the paintings invite the mind of the viewer into consideration of alternative propositions and ways of thinking. Historical, modern and futuristic references combine to induce a sense of fractal time caught in frozen motion, whilst detailed vignettes draw the eye deeply into the compositions. Time, light, energy, atmosphere and human existence bound within this matrix are constant themes, while the use of multiple perspectives provides engrossing depths in which these elements interact.

If the word ‘utopia’, upon its correct translation of ‘no place’, simply masks a false optimism, what is the endgame of civilisation? The paintings echo the human condition in its recognition and pursuit of higher states, prior to the need for compromise.

My work has been exhibited in various guises both in London and internationally. Recent commissions include sculpture designs, music covers, and the beachwear designs for a Brazilian fashion label. My work received public attention through participation in major public art projects including London Elephant Parade (2010), Edinburgh Jungle City (2011), Fabergé Big Egg Hunt (2012) and Stand Tall, Colchester (2013) and more recently for the Chakravarty Cup 2014.