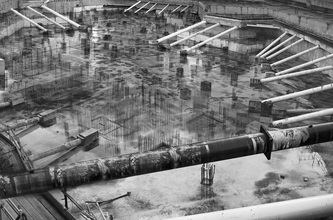 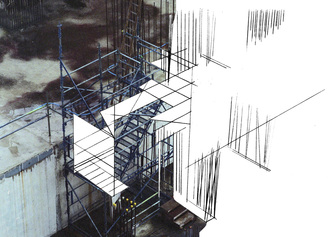 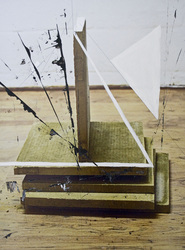 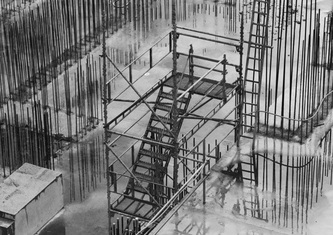 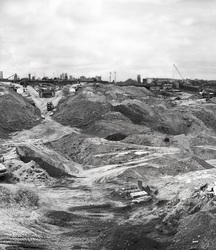 My practice is made in response to the way in which we use our pre-existing knowledge to define and make sense of reality, and how the photograph acts as a representation of the real. Making composites of the ever-changing landscapes in East London, particularly with the run up to the Olympics, my work is explorative of the deconstruction and reconstruction of our surroundings. The photographs contain a narrative and hint to a passing of time, whereby images are made up of multiple photographs taken in the same locations over a period of months, to create a still image which reflects the performance of every day life.

I understand reality to be formed by constructing meaning using our prior knowledge, and that the real can be understood to be that which is undefined, existing somewhere outside of our interpretation. Through manipulation, I have been concerned with the way that the photograph mediates the way we interpret the real, therefore forming reality in its connotation. The photograph becomes a representation of reality, in that we can decipher its meaning in conjunction with our prior understanding of the use of the photograph. However, if the viewer is unaware of the original performance, then they can only rely on the representation to accurately describe the real.

By exploring notions of deconstruction and reconstruction, where the deconstruction of the gestalt becomes the ‘performance’, I am interested in investigating the ways in which the audience might have a conversation with or interact with objects from everyday life, being placed in a new context. This performance whereby deconstruction occurs, allows us to understand our corporeal possibilities, where the malleable landscape is defined by its disappearance.